Up to £50m will be given to councils and social landlords in Scotland to build housing infrastructure which will help deliver new homes across the country.

Grants from the Housing Infrastructure Fund will be used to build infrastructure to serve new housing developments and create new communities over the next five years.

The Scottish government awarded the first grant of nearly £5m to Fife Council earlier this week, supporting the delivery of 8,000 new homes across Dunfermline.

The previous round of funding awarded £48m in loans and grants since 2016, helping to deliver up to 12,000 new homes. 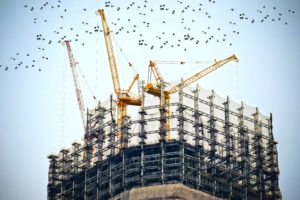 Housing secretary, Shona Robison, said: ‘This funding allows local authorities and registered social landlords to build crucial infrastructure which will unlock new building development sites, helping speed up the delivery of housing. It is fitting that this fund is launching in Challenge Poverty Week, as housing can play a vital role in tackling poverty. We want everyone in Scotland to have a warm, safe, affordable home that meets their needs, and these grants will be crucial in helping us achieve our target of delivering 110,000 affordable homes by 2032, building on our success in delivering more than 103,000 since 2007.

Cllr David Alexander, Fife Council co-leader, added: ‘I would like to thank the Planning Services for the hard work it has put into progressing this proposal over the last two years.

‘As a council we will deliver a major investment programme in strategic transportation infrastructure in Dunfermline to support the delivery of affordable homes and wider development. Such investment will accelerate inclusive growth, create new economic opportunities, and new jobs that will help to reduce inequalities in the Dunfermline area and beyond.’

In related news, an £88m development of a former meat market site in Glasgow has made progress, with most of the original structure having been demolished.