Residents of Coldean have submitted applications to Brighton & Hove Council to form a neighbourhood forum and a Neighbourhood Area, giving local people the ability to take a lead in planning for their future.

These changes would allow local residents to choose where they want new homes, shops and offices to be built, having the opportunity to set out what new buildings should look like and what infrastructure and facilities they need. 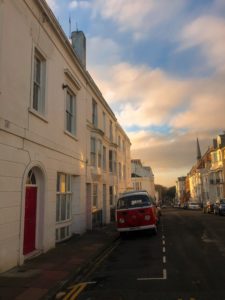 The neighbourhood planning can be led by a parish council or by a neighbourhood forum set up for the purpose, which are open to anyone who lives or works in the area.

Once approved, neighbourhood forums can prepare a neighbourhood plan, which will shape local planning policy for their area and have the power to decide the outcome of planning applications in the area, while staying broadly in line with the City Plan.

Coldean residents also want to create their own Neighbourhood Area, covering all of Coldean and the surrounding area withing South Downs National Park.

Cllr Martin Osborne, co-chair of the Tourism, Equalities, Communities & Culture Committee which oversees planning policy, said: ‘Neighbourhood planning gives local communities the power to set out what they want in their area and have their plan considered when deciding planning applications.

‘We welcome all comments on the proposals drawn up by Coldean residents and I hope it may inspire more people to create neighbourhood forums and Neighbourhood Areas.’

If approved, this will become the fifth neighbourhood forum in the city, following previous successful applications from the Hove Station area, Hove Park, Brighton Marina, and Hangleton and Knoll.

A consultation on the plans is now open until 7 October and can be accessed here.

In related news, communities in Brighton & Hove are set to benefit from more than £330,000, as part of a new planning contribution on development that has yielded its first major payment.