Why transport planning is vital to improving air quality

Nichola Egan, an Air Quality Consultant at AECOM, writes that it’s up to transport planners to put forward solutions to improve air quality.

There are many contributory sources to air pollution, but transport is the big one. It is responsible for approximately half of the NOX emissions in the UK, Â and those emissions tend to be emitted close to where people live and work.

Road transport is the largest single source of NOX and the air close to busy roads is where we find the worst quality in the Country.

Road transport also produces PM pollution, which is from both the wear of brakes and tyres and produced as a side product of combustion in the engine. These two road-transport based sources make up 12 per cent of the smallest and most dangerous type of PM, PM2.5 (particles less than 2.5 micro-metres in diameter) which can enter the bloodstream via the lungs.

It is clear that to fight air pollution, we must focus on transport.

23 local authorities are currently investigating whether a CAZ would help solve their air quality problems, and they are heavily reliant on detailed transport modelling to inform their decisions. Questions they need answering include:

If the answers to these questions prove undesirable, a CAZ might not be the silver bullet we are looking for on air quality.

A CAZ does not exist in isolation, and problems may be â€˜solvedâ€™ in one area by shipping the problem to somewhere else (possibly under a different authority) â€“ a real risk to watch for.

Matching up to the scale of the problem

The problem with this is approach is that vehicles donâ€™t appear out of nowhere at snarled-up interchanges. Busy roads are busy because people on them are going from A to B, neither of which are necessarily the same location as the air pollution problem.

Taking a strategic view, not delineated by local authority borders, we see that the problem ultimately stems from the travel choices people make along a transport route, a town, a city or a region.

As such, localised efforts â€“ to redesign inefficient junctions, for instance â€“ while well intentioned, are ultimately sticking plasters on a problem that we need to address at a more fundamental level: our dependence on motorised vehicles. 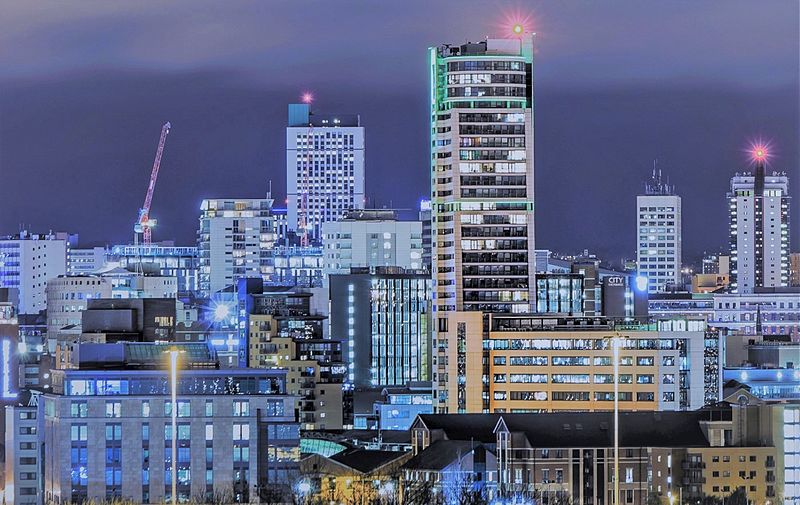 And so, inevitably, itâ€™s time to talk modal shift. As an air quality consultant, I try to walk the walk as well as talk the talk. I donâ€™t own a car. I get a bus or cycle to the train station, where I take a train to Leeds to work.

Like everyone else I know, I can moan about my commute for as long as youâ€™ve got. What stands out to me, and where transport planning can have a huge impact today, and in the future, is which transport modes we make easy, and which we make more difficult.

Most people do not make their transport decisions to be environmentally sound (although environmental concerns are definitely rising up peopleâ€™s priority list). They want to get where theyâ€™re going quickly, cheaply and reliably.

In fact, if we are serious about bringing air pollution down, it has to change.

Making active transport and public transport the methods of choice in cities and towns is not without precedent, but it does require big decisions to be made and money to be put behind them.

People in Amsterdam and Copenhagen cycle a lot, but not necessarily because they are more environmentally conscious than the UK. They cycle because it is simply the quickest way to get around; because the infrastructure is designed for them.

Although active travel infrastructure might seem expensive at first to some people, and can be controversial, making the first brave step can lead to self-sustaining virtuous circles.

A more pleasant roadside environment encourages walking and cycling. If more people choose to walk or cycle instead of drive, air pollution goes down. And with it comes more demand for active travel infrastructure.

When I imagine our future cities, I no longer want to see a contradiction between the cleaner choice and the easy choice. Transport planners will have a big say in making that a reality.

The reward is not just box ticking on air quality outcomes; it is the health and wellbeing of the people breathing the air and the ecosystems that rely on it.

This blog was produced as part of the Transport Planning Day campaign.