The Council hopes to meet the needs of Edinburgh’s growing population and communities while achieving the city’s net zero ambition by 2030 with its new City Plan.

The proposed City Plan 2030 for Edinburgh hopes to address a range of issues facing the city, including climate change, affordability, providing homes and jobs, and transport.

The Council also plans on creating a new mixed-use neighbourhood in the west of the city, which will be served by existing infrastructure, and taking forward plans for new neighbourhoods on brownfield land at the Forth Waterfront and at a range of sites across the city. 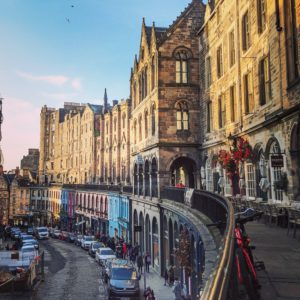 Cllr Neil Gardiner, planning convener, said: ‘This proposed development plan can recalibrate how development happens in this city, positively shaping how our Capital grows and changes over the next 10 years and beyond.

‘Rather than growing forever outwards, the proposed plan focuses on developing new communities on brownfield land which mix living, working and leisure uses. These locations utilise and add to already existing infrastructure. This plan is about us as a city collectively making the right decisions now so that our residents can make reasonable and informed choices about how and where they live and how they get around in the future.

‘City Plan 2030 has been developed taking on board the views of residents, businesses, and other stakeholders from across the city to help us meet our core priorities for Edinburgh: making Edinburgh a sustainable city, which supports everyone’s wellbeing and enables our residents to access homes they can afford. The plan also facilitates travel options and networks so that residents won’t have to own a car to move around, while having every opportunity to share in their city’s success.’

In related news, grant funding is available towards the renovation and restoration of buildings in Leominster’s town centre, as Herefordshire Council calls for businesses and property owners to get involved with the town’s regeneration.